Hornchurch took the lead with a fine strike from Jack Munns, but lost Tom Wraight to a red card in first half stoppage time. City controversially drew level a minute later, and added three more in the second half, on an afternoon where some inconsistent decisions frequently went against the home side.

Rain had left the surface very slippery, which may have been responsible for many overhit passes in the first half, played in bright sunshine. Lewwis Spence had the first opportunity, sending a first time shot wide, but Hornchurch was dealt an early blow when Rickie Hayles was injured, with Kenny Clark replacing him in defence.

Mickey Parcell incurred the wrath of the referee with a challenge on Josh Ashby, and Nathan Cooper joined him after a mistimed challenge on Josh Parker. Tom Harrison was next to join the yellow card club for a foul on Ola Ogunwamide.

With few chances in the first half, a Munns free kick was deflected for a corner, which Wraight swung into the middle. Ben Dudzinski fumbled, and the ball was scrambled away for a throw. Parcell’s throw reached Jack Munns, who turned sharply and fired hard into the roof of the net. 1-0.

Two minutes later a long-range shot from Sam Higgins went wide, and at the other end Klaidi Lolos sent a speculative shot over the bar. Kenny Clark defended a hard shot as City came forward, and City had a narrow escape when another long-range Higgins shot went a fraction too high and over.

The fourth official indicated 3 minutes of stoppages, and in the second of those minutes the match was won and lost, when Tom Wraight was shown a straight red for a challenge on Jean-Baptiste Fischer, with manager Mark Stimson being shown a yellow card as he disputed what to many appeared a very harsh decision. It went from bad to worse, when, from the restart, a blatant foul on Liam Nash went unpunished, and from the resulting cross, Klaidi Lolas levelled the score. 1-1.

Remi Sutton came on for Ola Ogunwamide at the interval, leaving Hornchurch without any thrust along the left wing, but the 10-man Hornchurch almost regained the lead when a thundering shot from Parcell cannoned back off the post, and Spence sent the rebound hard over the bar.

City began to take advantage of the extra player, with Joe Wright saving from Lewis Coyle and Alfie Potter, whilst Fischer fired into the side netting soon after, and Wright saved from Zac McEachran. Reece Fleet put City ahead with a fine shot, the ball hitting the far post and rolling over the line – 1-2 – and when Remi Sutton misjudged a back pass, Joe Wright conceded a penalty as he tried to retrieve the situation, which Josh Parker planted firmly into the net. 1-3.

With the rain now hammering down, Fleet went close, as decisions frequently angered the home crowd, and the frustration spread to the home players, with Spence, Munns and Higgins all receiving yellow cards, with Josh Parker scoring the fourth goal in between. 1-4.

On their second half performance, City deserved their win, though questions have to be asked about the series of controversial decisions that left both players and supporters shaking their heads in disbelief. 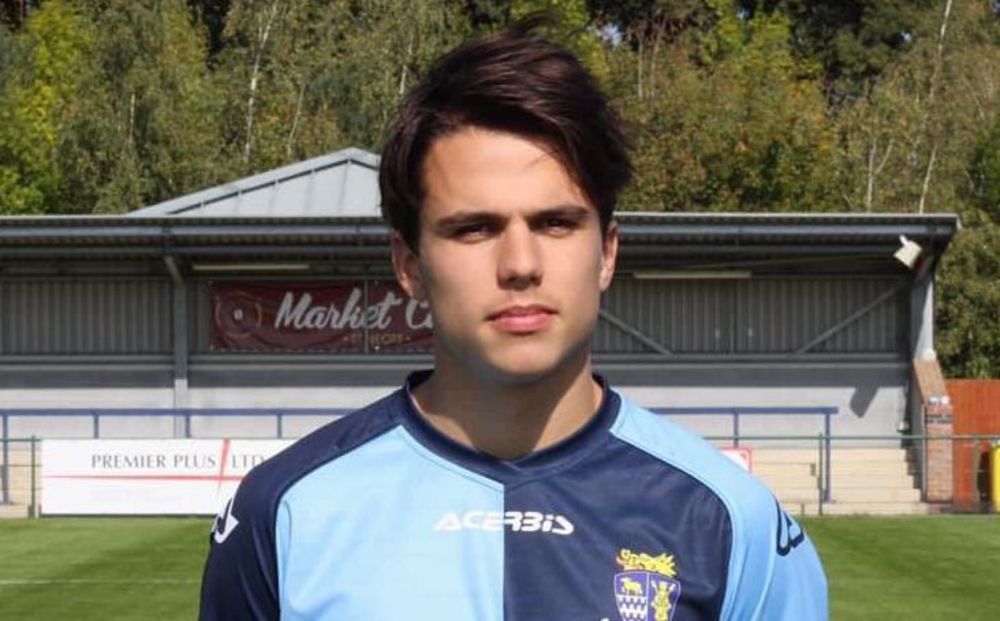