Swans put their disappointing performance in the first match behind them as they convincingly set up a home tie against Littlehampton Town in the next round following their long trip into Kent. It was back to the flowing, free-passing game that they have shown so often over the last couple of seasons. Although the home side had a few opportunities in the first-half, the one goal lead Swans took into the break was less than they deserved, as they had carved out several other good chances. Kennington goalkeeper Joe Mant had a fine game in the first match, earning his side a second-chance, but that was bettered by his performance in the replay, as he pulled off a series of tremendous saves. Several of those came in the first-half, and but for them Swans would have had the tie settled before the break. Swans went a long way to securing their passage soon after the resumption however as they soon doubled their lead. They then totally dominated the rest of the match, passing their way through the opposition, and the final score could easily have exceeded the 4-0.

Five changes were made to the previous Saturday’s starting line-up, with Nick Burgess, Maliq Morris, Ollie Twum, Alex Kelly and Max Blackmore all drafted in, the last two having been unavailable for the first match. The versatile Harry Mills also donned the No. 3 shirt.

If Swans were expecting the familiarity of an even 3G surface they were disappointed, as Ashford United’s Homeland’s Park artificial pitch looked to have seen better days, and they were almost caught out early, but Burgess’s timely intervention prevented Ziyad Ghali getting in on the left.

Twum twice made tricky runs on the right for Swans, and was twice subjected to crude tackles by Harry Linch and Adam Phillips, neither of which brought anything more than a talking to by the referee. The second almost led to Swans taking the lead after five minutes, John Gilbert delivering a free-kick from the right touchline to the near-post, where Joe Hicks powered a header narrowly wide.

The home side had an opportunity when a Hicks’ clearance was blocked, and Mitchell Harman got through to the right of the box, but he shot well wide of the near-post. With twenty minutes played Swans’ keeper Liam Allen had to be quickly out to gather the ball when Harman was played through into the right of the box, and this led to his side going close to taking the lead.

Allen cleared down the pitch for Jordan Adeyemi to gather, and determined play saw him shrug off defenders and get into the left of the box before driving in a shot that Mant kept out with a fine save at his near-post. The ball came out to Gilbert, and he made room just inside the box to get in a shot that brought another superb save from Mant. Twum gained possession to force a corner on the right.

Jordan Griffin found space on the right for Kennington to whip in a cross that Allen took well at his near-post.

Swans finally made the breakthrough to go ahead for the first time in the tie with 25 minutes played. A fine build-up led to Joe Pratley-Jones playing the ball forward to Morris 25 yards out, and he struck a superb half-volley that brought another great save from Mant, diving to his right, but Blackmore was alert to seize on the loose ball and tuck it inside the left post and register a debut goal for his new club.

The home side won a free-kick deep on the left, and Phillip’s ball into the box found the head of Harman on the edge of the 6 yard-box, but Allen made an easy take on his line.

Swans quickly responded with Twum being sent on a run down the right and he cut into the box before laying the ball inside to Gilbert, who made room, but dragged a low, left foot shot wide of the right post. Adeyemi was then played through, but was pulled down by Ed Miller 30 yards from goal, earning the Kennington No.5 the evening’s first yellow card. Mills took the free-kick, sending the ball dipping just over and onto the top of the net.

With just over ten minutes of normal-time left of the half Burgess picked up Swans’ first yellow card when he was judged to have pulled a player back close to the halfway line. Phillips delivered the resultant free-kick to the edge of the box, where Miller got in a low shot that was straight at Allen, who comfortably saved on his line.

Adeyemi almost got in for Swans when Kelly found him with a long ball down the middle, and another fine pass down the right by the midfielder sent Twum away. Twum tried to pick out Adeyemi with a low cross into the box, but the ball bounced off the striker and went behind. As the first-half entered the final five minutes of normal-time, a fine long pass down the right by Morris tried to find Twum, and a home defender could only knock the ball back to Gilbert. Gilbert drove forward to the edge of the box, before making room to drive in a right-foot shot that brought another terrific save from keeper Mant, who dived to his left to push the ball round the right-post.

There was a scare for Swans when Kennington got numbers in the left of the box, but the threat was snuffed out by Allen making a brave dive onto the ball by the left-post.

The referee played a remarkably lengthy period of stoppage-time, and in the seventh and final minute of that Swans should have doubled their lead. Twum’s through ball sent Blackmore on a run forward, and he shrugged past the challenges of Tom Scorer and keeper Mant to get clear into the box, but he then drove the ball against the right-post.

Swans did not have to wait long into the second-half however to make it 2-0. Just three minutes in, Morris sent a terrific long pass down the left with the outside of his foot to send Adeyemi surging clear, and he drove the ball over into the 6 yard box for Blackmore to volley in at the far post and register his second goal of the game.

It was close to being 3-0 minutes later as a clever throw out by Allen to Pratley-Jones on the right got him to halfway, and he played an excellent through ball that sent Blackmore into the right of the box. Blackmore drove the ball across the 6 yard-box and inches wide of the far-post, with Adeyemi just failing to get a touch in front of goal. Immediately Swans built up another fine move, and Kelly’s superb through ball sent Twum away, and he got past the last defender, Max Sutton, and into the right of the box, but keeper Mant just got a block in, and the ball ran off Twum and just wide of the right-post.

Just before the hour it was 3-0 to Swans. A driving run by Mills on the left led to the ball being cleared to Gilbert, and some clever interplay between him and Mills got him cutting into the corner of the box, from where he drove in a shot that took a slight deflection before finding the net via the top of the far-post.

Eddie Simon then came on for Blackmore, followed by Taurean Roberts replacing Gilbert. Midway through the half Mills played a fine ball to Adeyemi on the left, and he almost got in after combining with Simon. Swans then made their third substitution, with Jude Molloy coming on for Mills.

With a quarter of an hour remaining Swans were denied a nailed-on penalty. A typical jinking run by Roberts got him into the left of the box, before he was sandwiched between two Kennington defenders and keeper Mant close in at the left-post, but surprisingly the referee saw no offence.

But with just under ten minutes remaining Swans made it 4-0 with another terrific goal. Simon laid the ball off to Adeyemi in the left of the box, and he struck a superb first time, left-foot shot inside the near-post. Mant then brought off another fine save when some clever play by Roberts on the right byline led to him laying the ball inside to Simon, the Kennington keeper making another great block from his shot.

Swans were totally dominant, but the home side had a rare opportunity to get on the scoresheet when they got into the left of the box, but Allen brought off a fine save.

In the final minute of normal-time Swans should have made it 5-0 when Roberts robbed Kennington’s Linch 35 yards out and drove into the left of the box, but he forced a final fine save from Mant, with Simon totally unmarked to his right. 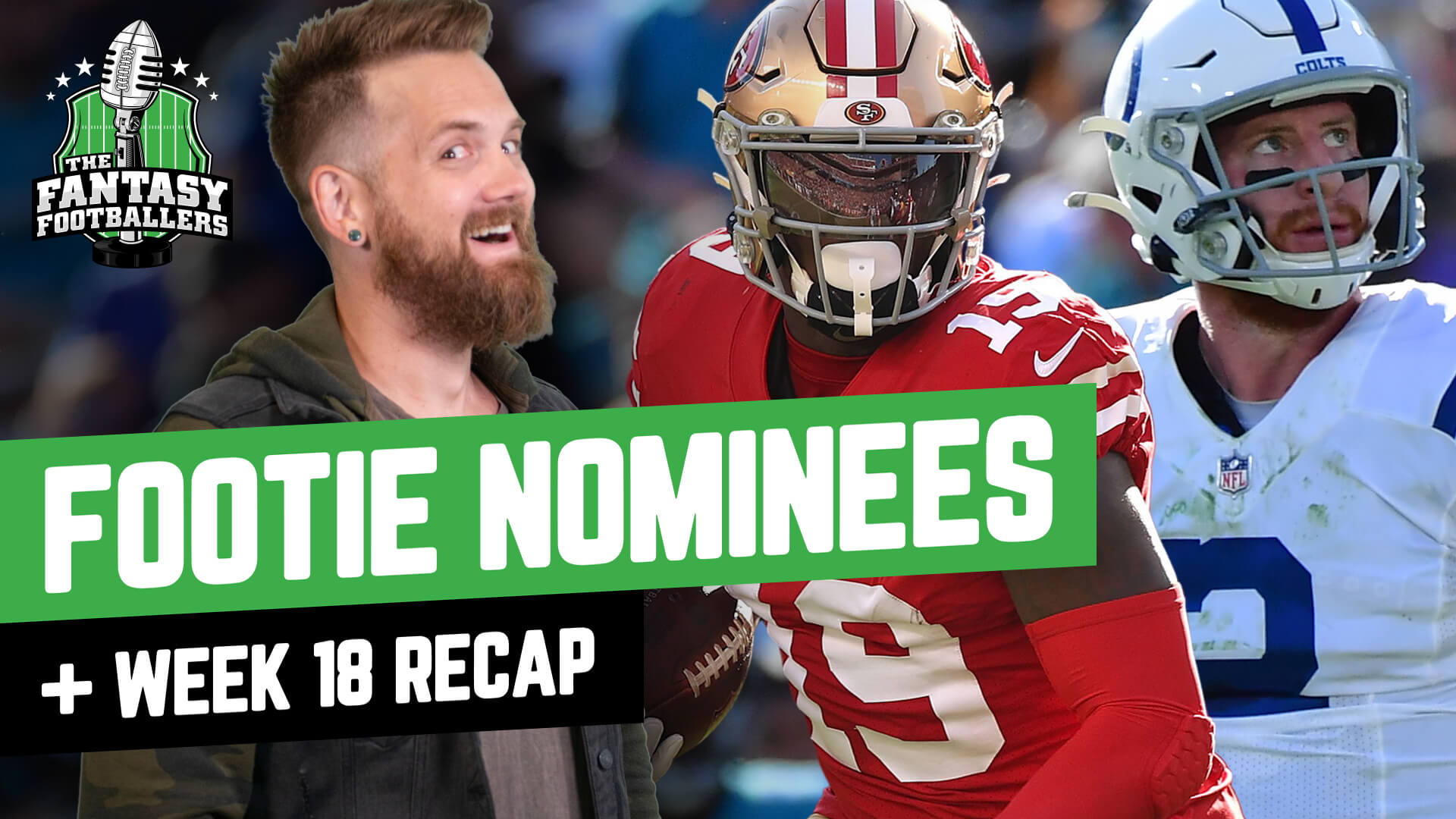