Cray Wanderers return to league action at Hayes Lane after a four week break with the first of a double header of home matches on Wednesday 19th October as Brightlingsea Regent are the visitors.  Kick off 7.45 pm. 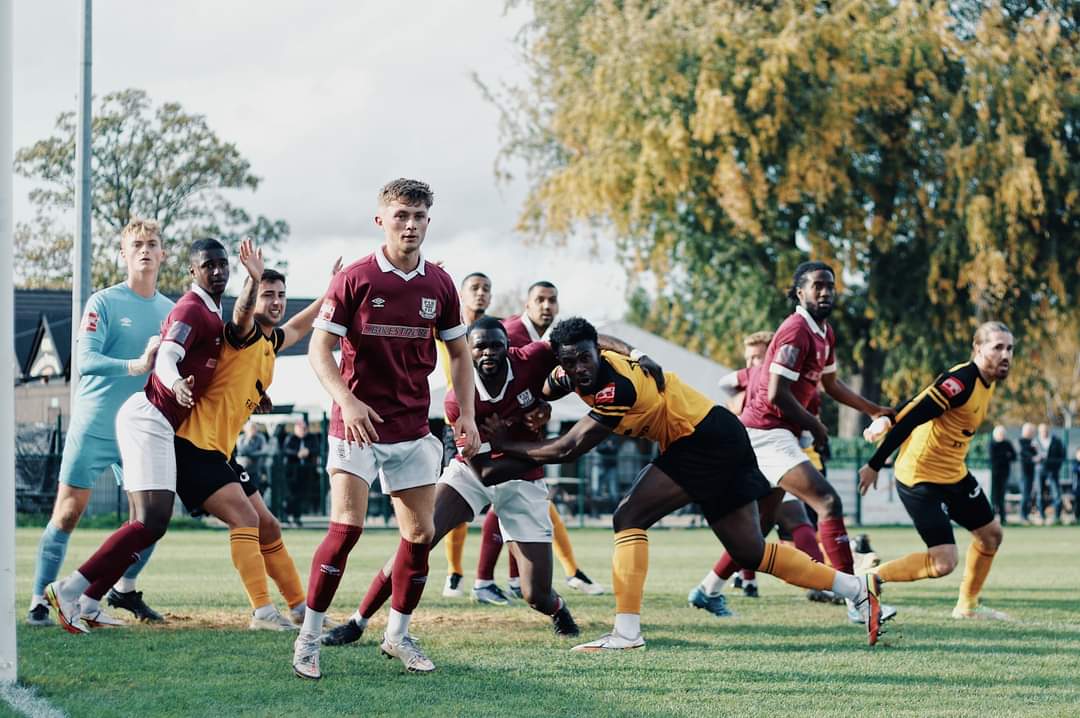 Cray come into the game in 10th place in the Isthmian Premier league table and on the back of a useful point at 2nd placed Potters Bar Town on Saturday.  Despite being without Dan Bassett, David Ijaha and Freddie Carter from the starting lineup and going an early goal down came back to level through Mitch Chapman’s second goal of the season and came close to scoring before half time before Potters Bar having a good spell in the second half.

The returns of Sinn’kaye Christie and Nyren Clunis were a major plus and there were some good performances throughout the team and helped to restore confidence after the FA Trophy defeat at Hanwell Town.  It is hoped that the injuries to Bassett, Carter and Ijaha will not keep them out long and Cray can stop the flow of early season knocks. 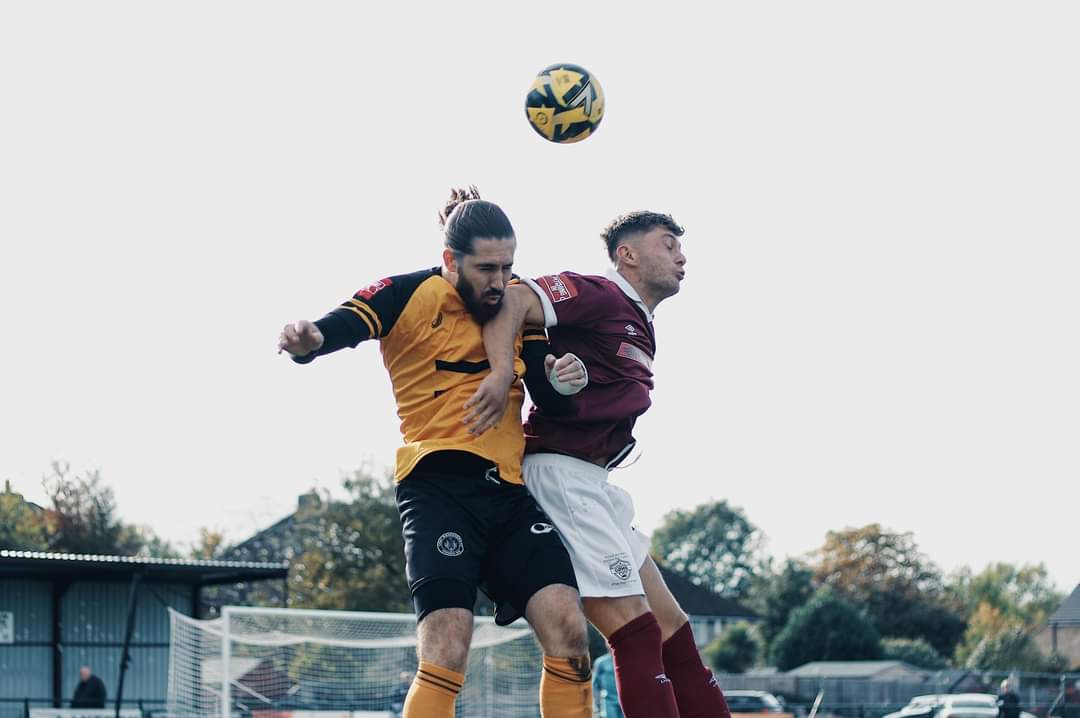 Cray will also be looking for a good performance at home as away displays have been fine but recent home displays have been a little flat so with the next four games at home including the London Senior Cup tie with Leyton Orient (2nd November) Cray will be looking to make Hayes Lane a fortress for visiting teams. 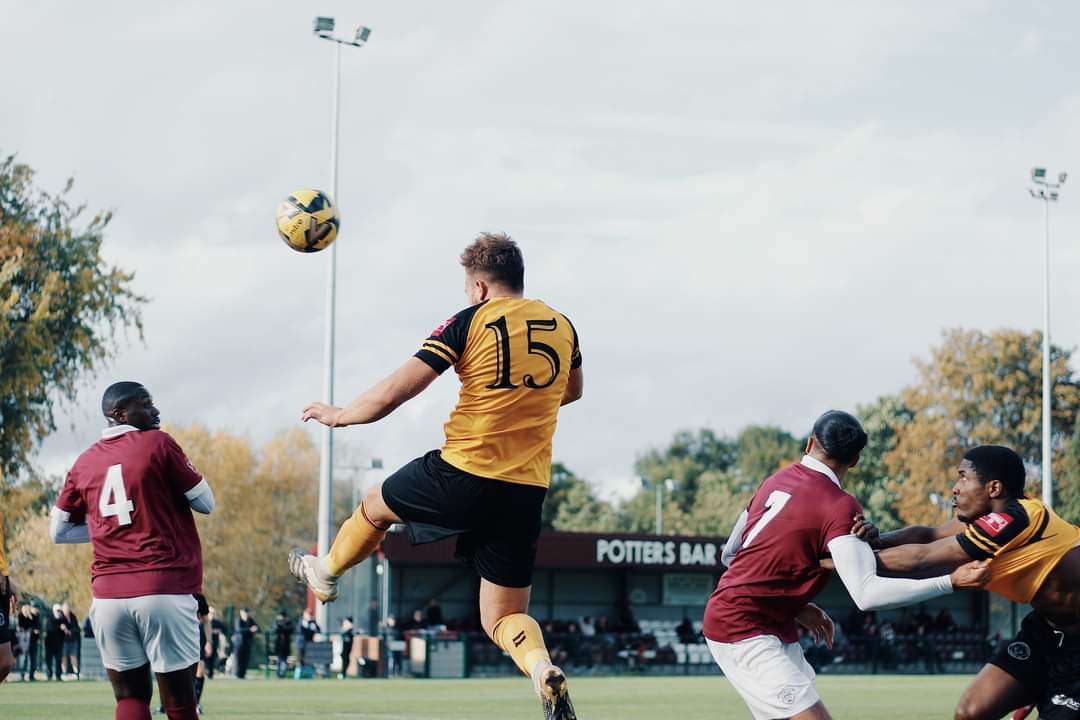 Brightlingsea Regent visit Hayes Lane for the fifth time and have won on three of their previous four visits including a 2-0 win last September.  Brett Munyard’s side lie 20th in the table after 9 matches with 7 points but do have games in hand of teams around them.

BROMLEY, ENGLAND – SEPTEMBER 25: Cray Wanderers’s Jamie Yila jumps and gets his head to the ball during the The Pitching In Isthmian Premier League match between Cray Wanderers and Brightlingsea Regent at Hayes Lane on September 25, 2021 in Bromley, England . (Photo: © Jon Hilliger / HilligerPix)

Regent away from home have yet to pick up a point after defeats at Carshalton Athletic (1-2), Hastings United (1-4), Potters Bar Town (1-3) and Kingstonian (0-3) in their last league game on 12th October.  At home Brightlingsea have beaten Margate (2-1) and Billericay Town (2-0) and drawn with Haringey Borough (1-1). Regent were beaten by Canvey Island and Enfield Town.  They did have a decent FA Cup run beating Mildenhall Town and Waltham Abbey in reaching the 3rd Qualifying Round where they lost at Needham Market.  Like Cray they exited the FA Trophy at the 3rd Qualifying Round stage losing at Haringey Borough.

Brightlingsea at the turn of 2022 seemed to be destined for a season of struggle but were much improved in the New Year and beat the Wands 1-0 at home at the end of January which started to move them away from Leatherhead and East Thurrock at the bottom.  A 2-1 home win vs promotion chasing Enfield Town proved crucial in the end and finished 18th, one place and three points ahead of Cray to preserve their Isthmian Premier status.

Brightlingsea Regent were formed only in 2005 following a merger of Brightlingsea United and the youth club Regent Park Rangers. Brightlingsea United had been playing in the Essex and Suffolk Border League (Step 7) at the time of the merger. The original club were founded in 1928 and had played in the Essex and Suffolk Border League until 1972 when they joined the Essex Senior League. They won the Premier Division title back to back in 1988-89 and 1989-90 and went on to the Eastern Counties League gaining promotion to the Premier in 1990-91. In 2003 they left the league and two years later they began again as the new Brightlingsea Regent club. They won back to back promotions and in 2010-11 won promotion to Division One of the Eastern Counties League. In 2012-13 they achieved another promotion to the Premier Division and the following season finished runners up and were promoted to Div One North of the Isthmian League where they met Cray Wanderers for the first time. They twice came close to reaching the playoffs before in 2016-17 they won the North Division title and gained promotion to the Isthmian Premier. They finished 20th in their first season at this level but comfortably clear of relegation and finished 13th, in 2018-19 their highest ever league placing. The two Covid affected seasons saw Brightlingsea 22nd and 19th before last season’s 18th placed finish.

After a spell of away matches, Cray finally make their return to Hayes Lane and it should be a good game under the lights as we get to the point of the season where the clocks soon change, the weather gets more bitter and often two games a week.

Admission £12/£6 on gate or online at www.cray-wanderers.co/tickets 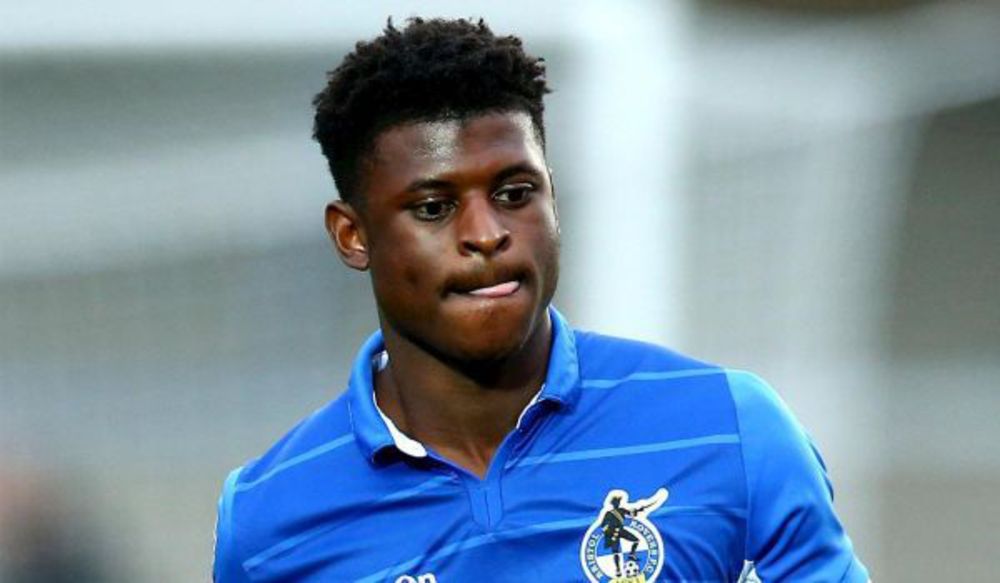 Konate to Liverpool ‘not an option’ 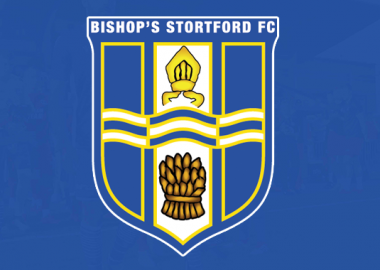