Welcome to WD Sportz’s fourth instalment of the new section which is a daily roundup of all the news around football on a specific day. In today’s edition, highly rated JJ Hooper signs for Barnet, the National League tv schedule is revealed and Paul Pogba returns to Manchester United training after his positive coronavirus test.

National League side Barnet are delighted to have secured the signing of highly rated striker JJ Hooper. JJ joins with a wealth of experience having played for the likes Port Vale, Grimsby Town, Bromley and most recently Wrexham in the 2019-20 season.

Some sad news as former Dorchester Town player Clive Makoni passed away yesterday. Our heartfelt thoughts and condolences are with Clive’s family and friends.

There’s also some positive news though as National League North side Chester FC are celebrating receiving funding from the Premier League to help them prepare for the restart of football and safe return of supporters to their stadium.

The Football Association have postponed Non-League Finals Day at Wembley after the latest government ruling that saw planned test events capped at 1,000 spectators. The FA Trophy and FA Vase finals were one of the planned events and it had been hoped up to 10,000 people could attend but On Wednesday, the DCMS announced that planned pilot events to test the return of spectators to sports stadia were being revised following the recent rise in positive coronavirus cases.

Former Bolton Wanderers defender Adam Chicksen signs for National League team Notts County. Chicksen says he has come through the toughest spell of his career after landing a deal with Notts County.

The National League and BT Sport have announced no fewer than 14 live matches as we gear up for the return of football in little over three weeks’ time. Following the release of the 2020-21 fixtures on Tuesday, BT Sport have confirmed their selections for the first three months of the new campaign, with every team appearing live.

Paul Pogba has returned to Manchester United training after his positive coronavirus test, but is a doubt for their opening Premier League game against Crystal Palace on September 19.

The Premier League has urged the Government not to delay plans for the safe return of supporters to stadiums, warning football stands to lose £100m a month while matches are played behind closed doors. 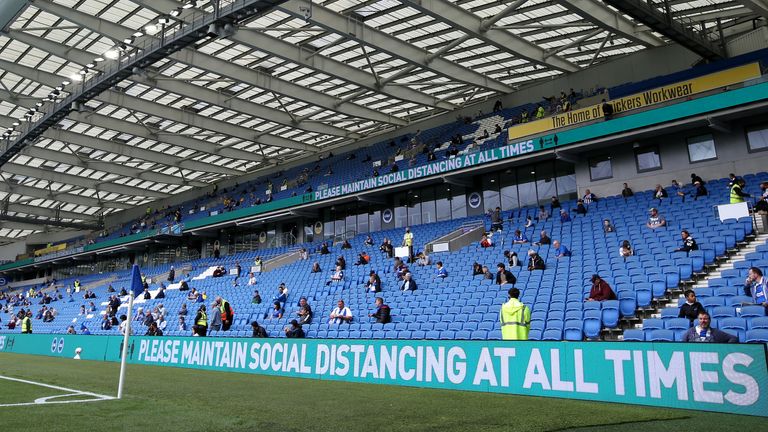 Former Everton defender Leighton Baines has returned to the club in a coaching role following his retirement at the end of last season. The Toffees’ former left-back has been appointed the club’s first professional development coach working with young first-team players as well as the U23s and U18s.

Neymar has returned to training at Paris Saint-Germain following his positive test for coronavirus. Neymar trained on his own, in line with Ligue 1 protocols and that the session was behind closed doors.

We hope you enjoy this new section and any feedback or advice will be greatly appreciated and taken onboard. We will be back again tomorrow with more daily news.

Making All Level of Sport Matter

Are you looking for a go-to platform where you can have easy access to watching and catching up with sports at any level – whether professional, semi professional, amateur or grassroots level? if so, you have come to the right place.

We film, broadcast and provide full recording of matches as they are vital for a number of reasons such as, club branding, entertainment, team progression, opposition scouting, refereeing performance review and player scouting. Please email us for more information about our filming and broadcasting packages